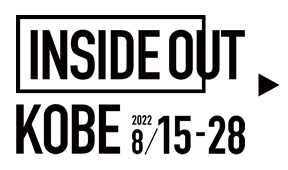 Seeking to merge the world of art into the city of Kobe, “KOBE WATERFRONT ART PROJECT” will be held from January 2022 up to spring in 2023. Taking the opportunity of the renewal of Port Tower, which is the symbolic icon of Kobe, the project aims to maintain people’s affinity with the tower even when it’s covered up during the construction work. The idea for this project started with the hope that people will feel familiar with all the changes in Kobe waterfront area and aspiring them to visit more.
Starting off with a projection mapping on Kobe Port Tower, series of events are scheduled to be held, such as a large-scale art event featuring artists from overseas, and another art event of which the residents of Kobe city can participate. In addition to these, some events that enables visitors to take part in the creation of artwork on the spot, or via SNS, will also be held.
Through this project, we hope that more people will come to know the charms of this captivating area of Kobe waterfront.

In Kobe waterfront area, renewal work in the Meriken Park and Kobe Maritime Museum had been conducted in the past. In October 2021, Kobe Port Museum was opened, attracting many visitors to the Shinko Pier west district, which is also located in the east side of Meriken Park. The opening of this museum now brings new flow of people to this area.
Today, Kobe waterfront is certainly in the phase of change. In addition to the current renewal of Kobe Port Tower, where it will be the main stage for this art project, a plan to open a large multi-purpose arena in Shinko No.2 Pier district is coming underway,​

How to enter：
①Follow the Kobe Waterfront Art Project’s official Instagram (kobe_artproject)
②Post your photo via the form on the dedicated website.
Submission period：
Second phase – Monday, july 4 to Sunday july 31, 2022.
※30 selected images from the second phase will be projected from early September.
※Information about the third phase entries will be posted on the official Instagram (kobe_artproject) and on the dedicated website.
※Photos submitted but not projected during the above period will be given the opportunity to be projected on the Kobe Port Tower in a future project.
※The periods are subject to change.
Photos wanted：
Memorable shots captured in Kobe
※We recommend photos taken in landscape format.
※Minimum of 1080pix (width) x 810pix (height) (Smartphone photos are allowed)
※Photos must include people (photos without face masks are recommended)
Photo posting

The first round of the Kobe Waterfront Art Project :

The theme of the projection show is “Anchor” which is an object that is attached to the ship to keep it in one place. It also means “strong base” or “starting point”. This projection mapping unfolds various sceneries and “stories” that are anchored to the city of Kobe, such as showing historical buildings of the “Ijinkan” (former foreign residences) and old settlement that once flourished around the harbor area in Meiji Period, with a tonality of retro-pop graphics. A symbolic graphic of ”Saginomori Japanese Zelkova” which stood in Saginomiya Hachiman Shrine (in Higashinada Ward) for over 800 years and was the city’s designated natural monument, and scenery of Infiorata Kobe which decorates the city of Kobe with many colorful flowers, are also introduced in the show.

Period
：
April 29, 2022 (Friday) ~ The end of July,2022
(Shows will run every day. ＊Subject to change due to events, and other causes.)
Latest implementation status

Location
：
Meriken Park
(The show is intended to be viewed in this park. Watching from other places will not provide good view)

[1] Introduction
01/09
Drops of liquid slowly spread out and start to blend. This sequence expresses the concept of a new era being created through divergence and ever-changing perspective.
Nine red balls, representing Kobe’s nine wards, transform into a shape of an anchor, implying that forthcoming “stories” all start from Kobe.
[2] Infiorata Kobe
02/09
Proceeding the corridor decorated with flowers, the camera reaches the venue of Infiorata at Port Tower.
Infiorata is Kobe’s established seasonal event that celebrates the coming of a warm springtime.
[3] Saginomori Japanese Zelkova
03/09
Multiple lines that look like arteries, bundle together to form a trunk and branches of a large Japanese zelkova tree. This graphic represents the “Saginomori Japanese zelkova” which was the city’s designated natural monument that stood in Saginomiya Hachiman Shrine (in Higashinada ward) and looked over the long history of the area.
After this gigantic tree collapsed due to a typhoon (in 2017), a young zelkova tree was planted. The life of tree overlaps with the further growth of Kobe.

[4] Retro-Pop Kobe
04/09
Introducing some historical buildings that are still present today, such as the Weathercock House, which is one of the former foreign residences that was built for a German trader in Meiji Period. One can also find the old settlement area, referred to as “the most beautifully and well-designed settlement area” in Orient, and the building of Kobe Customs, constructed as “the modern-style large customs office building worthy to be the main entrance to the empire” at that time.
Some nostalgic graphics/photos, mainly the historical buildings that was constructed in aligned to the opening of Kobe Port, will be projected. A graphical whale that is specially designed for this show, will be swimming gracefully across the screen. The city’s unique aspect of emerging “history” and “trend of time” is artistically hinted in this sequence.

[5] Dazzling Night View
05/09
Numerous sphere-like objects start to move like crowds of people. As the whole picture is revealed, the city of Kobe appears. The dazzling ten million-dollar night view, also famous as one of the three most beautiful night views in Japan, can be enjoyed from an extraordinarily bird’s-eye view.
[6] Symbiotic Relationship with Nature
06/09
Dazzling city view will be covered by a wave of digital pixel-like objects, which then transform into graphics of the Port Tower, Kobe Maritime Museum, the Ferris wheel, aside by ocean and mountains. The scene is intended to communicate that Kobe is a beautiful city blessed with rich natural environment nearby, which is unique compared with other large cities in Japan.
[7] The Steel Tower Beauty
07/09
Colorful lines extend straight out from waterfront area, the ocean and the mountains. As they move, the lines get twisted and coiled to eventually form an object that looks like the Port Tower.
This is an image of the steel tower (personified as a beautiful woman) changing its dress behind the veil.
[8] Light of the Future
08/09
While the steel tower is hidden behind mosaic tiles, it is getting ready to present itself to the public. We see the overflowing light coming through between the tiles. The light implies the coming of a bright future ahead.
[9] New Road that Leads to the Future
09/09
Sailing boats, cruisers and container ships depart from the port. When the patters on these ships’ sails come together, they form the word “KOBE”.
The message here is a hope that Kobe will continue to present its culture and diverse way of thinking out to the world, thus creating a new road ahead to a glorious future.
archive : “One and only”

The music used during the projection show was composed by Mr. Wataru Sato who was in charge of producing the music used by the Japanese national artistic swimming team for the Tokyo Olympic Games.
Please enjoy the music along with the beautiful visuals projected on the tower.

Between the projection mapping shows at every hour at 0 minute and at 30 minute,
a sequence of 5 visual themes that capture the imagery of Kobe, including some digital images, will also run on the screen.
The tower’s 80-meter covering will play the role of canvas for these attractive visuals to be projected
which people will want to take photos. We hope you enjoy them.

The second round of the Kobe Waterfront Art:

New content filled with light and sound, produced in collaboration between Kobe Port Tower and Kobe Maritime Museum, will start.
Lightings at these two facilities will dance colorfully to the music, thus producing a totally new-style entertainment of light and sound.

Period
：
April 29, 2022 ~spring of 2023
(Shows will run every day. ＊Subject to change due to events, and other causes.)
Latest implementation status

The announcement text is included.